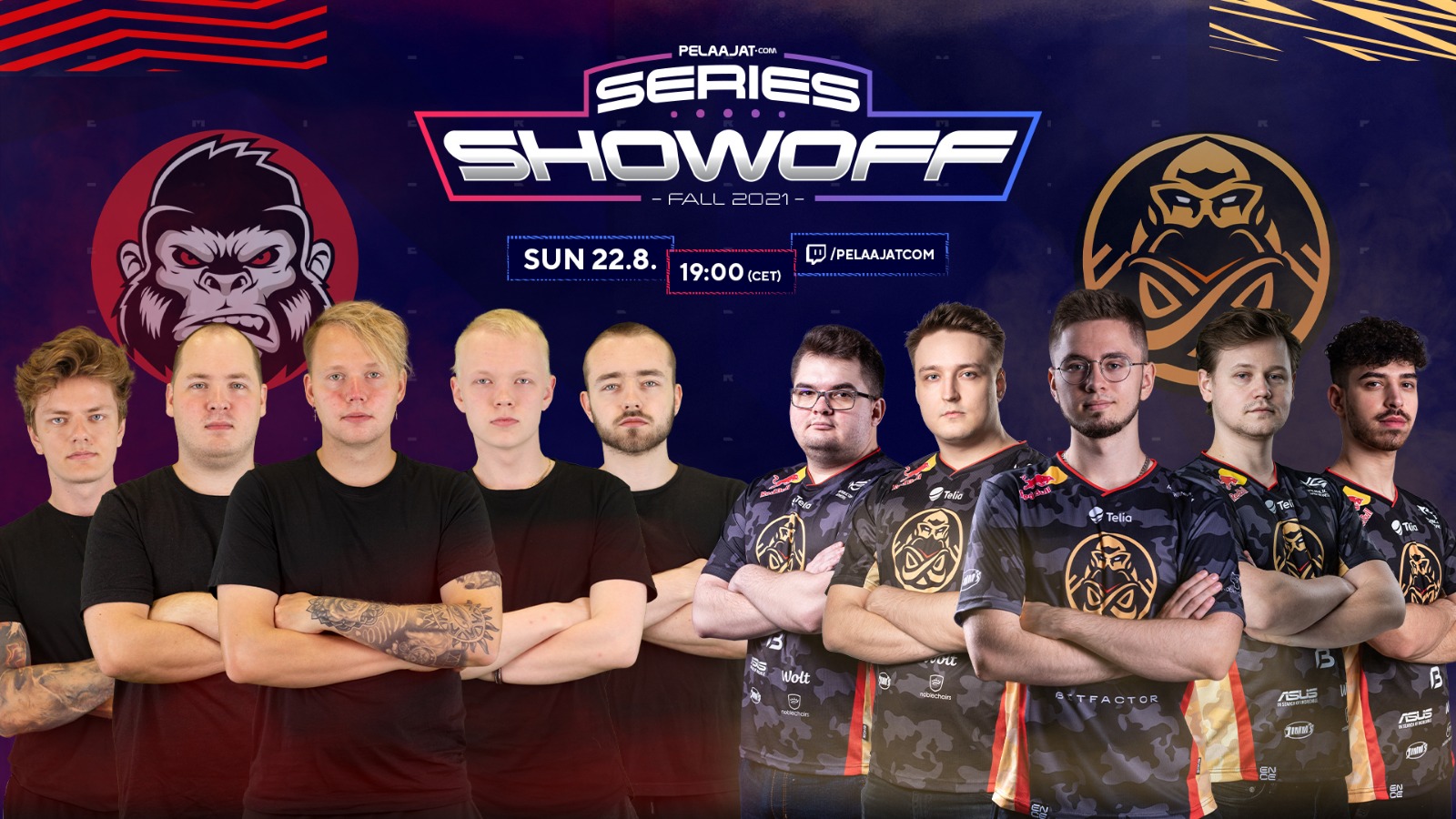 ENCE vs. GORILLAZ, what to expect?

Only two days left until Pelaajatcom Series Fall Showoff where ENCE and GORILLAZ will clash for glory. There’s a place to the $25,000 Nordic Masters, a BLAST Premier Qualifier on the line.

This is the first time these teams, ENCE and GORILLAZ, collide against each other.

GORILLAZ hasn’t played many games but if only experience and firepower are counted, GORILLAZ is a monster:

Teams captain Robin “flusha” Rönnquist is a three-time major champion and one-time major MVP, who led his former organization Fnatic to one of the most successful teams CS:GO has ever seen.

Former ENCE-player Miikka “SuNny” Kemppi, the 16th best player of 2018, was thriving in CS:GO-scene with his other former team mousesports. Jere “Sergej” Salo, so called “nuori osuja” and 13th best player of 2019, was the key element of ENCE’s success back in 2019. Most notably the team advanced to the IEM Katowice Major final.

The main trio, flusha, SuNny and Sergej, has remained without a change since the announcement of the GORILLAZ project. After some changes, alongside the trio have joined Kemppi’s former teammate Kevin “HS” Tarn and Belgiums pride Richard “RitchiEE” Mestdagh.

The most succesful Finnish esports organization ENCE had some concerning news to announce last may, when one of the most notable Finnish esports stars, Aleksi “allu” Jalli, announced he’ll be on leave for time being. Concerns switched to bliss when young polish AWPer Olek “hades” Miskiewicz took the role of the Finnish veteran.

After the addition of Hades ENCE’s 7 months old international roster have found success. Before the summer holidays, the team got two tournament victories first time in almost two years. After the break ENCE has shown no signs of fatigue. The team has been looking convincing in ESL Pro League this week by beating the likes of Team Spirit, Astralis and almost taking down Heroic, the reigning champion of ESL Pro League.

Still, is ENCE’s current form ready for the new and hungry GORILLAZ? Will Sergej and SuNny ruin the defence and tactics of their former organization?

The ENCE vs. Gorillaz Showoff match (bo3) will be played on August 22th with the show starting at 19:00 CET and the match at 20:00 CET. The match will be broadcasted live on Pelaajatcom Twitch channel. The talent of the show is following: