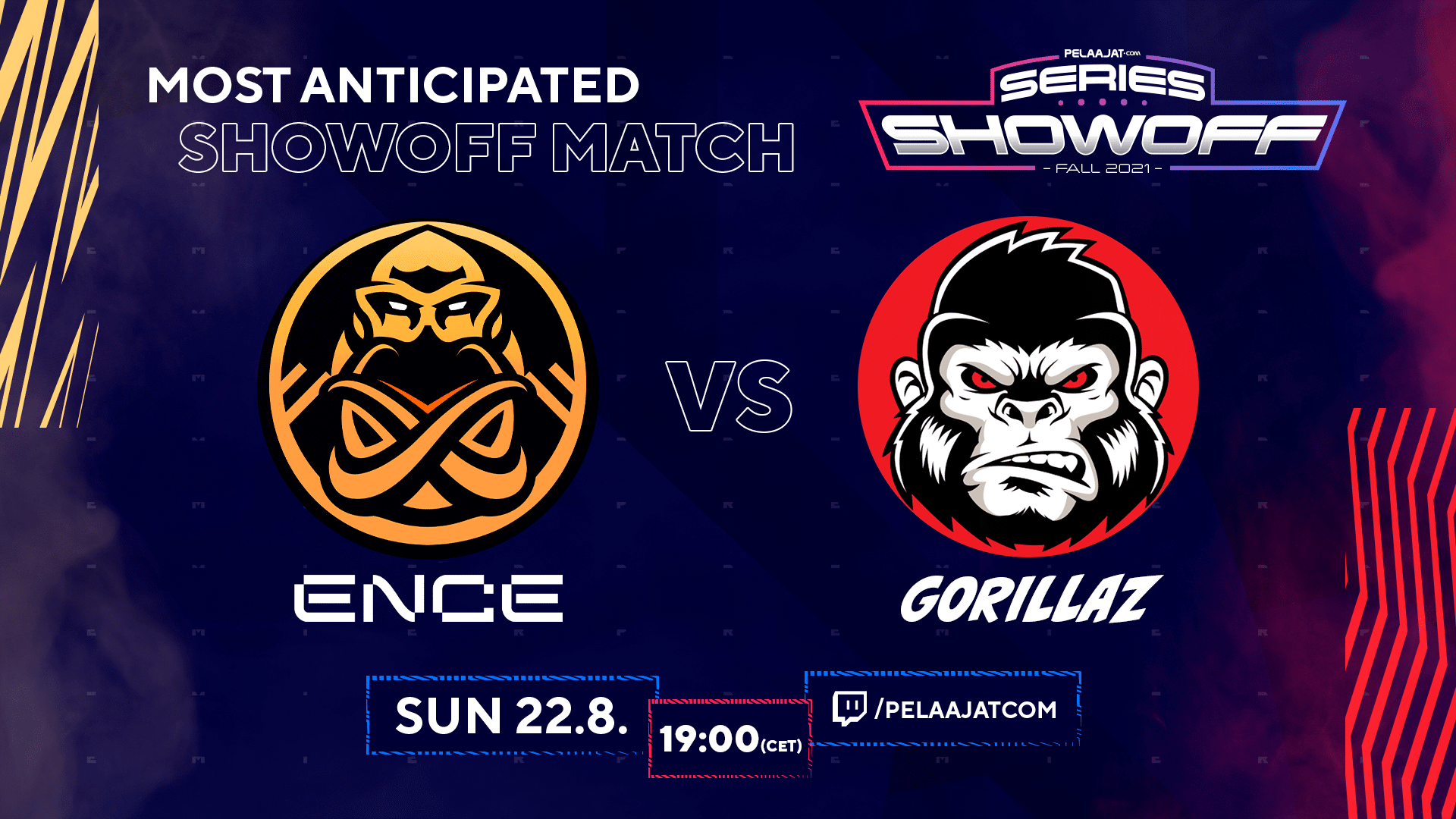 ENCE and GORILLAZ will clash in Pelaajatcom Series Fall Showoff!

The ENCE vs. Gorillaz Showoff match (bo3) will be played on August 22th with the show starting at 19:00 CET and the match at 20:00 CET. The match will be broadcasted live on Pelaajatcom Twitch channel.

The Nordic Masters, a BLAST Premier Qualifier features eight CS:GO teams from the Nordic region. The tournament winner will earn $ 25,000 participation fee and a seat in the spring BLAST Showdown tournament.

More information about the BLAST Nordic CS:GO Qualifiers can be found here.

So get ready for the most anticipated match of the fall: ENCE vs. Gorillaz Best of Three August 22th. See you there!